Bhopal: All India Majlis-e-Ittehadul Muslimeen AIMIM national president and MP Asaduddin Owaisi will campaign in the state's urban body elections. Owaisi's party AIMIM is in the fray in seven municipal corporations of the state. These seven cities are Indore, Bhopal, Jabalpur, Khargone, Burhanpur, Khandwa and Ratlam. A statement has come to the notice of Home Minister Narottam Mishra regarding this. Narottam said that Owaisi ji is welcome. The people of Madhya Pradesh know very well how Owaisi practices the politics of division. How are the rest of the parties part of his tukde-tukde gang? Clearly the public has made up its mind to make BJP win. Now whether Owaisi comes or Kejriwal. Congress votes will be cut. Congress vote is not left in Madhya Pradesh then why are you worrying. If you want to do it, it should happen at any time. Bhagwat to stay in Bhopal till 6 August, camps for NRIs organised at Bawadia Kalan 10 dead due to lack of oxygen at People's Hospital Bhopal, attempt made to suppress the case by deploying RAF 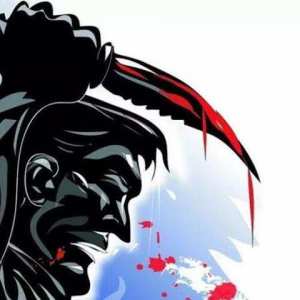 Jabalpur: The tale of a family’s dispute which led to murder and suicide