Bhind: In Gohad of Bhind district, a milk trader couple first strangled two children, then both hanged themselves. The son died during strangulation. The daughter fainted. Considering her dead, the couple swung on the noose.  People in the morning so the couple stranded and informed the police . The villagers broke the door and brought the couple down and informed the police. Police reached the spot and started investigation. Around 300 people have gathered outside the couple's house. Gohad police station in-charge Rajesh Satnakar told that in village Katwa Gurjar, Dharmendra son Man Singh Gurjar (32), wife Amresh (30) tried to strangle son Prashant (12) and daughter Meenakshi (10). In which Meenakshi fainted. When there was no sound in the morning, the villagers broke the door. The couple was hanging inside. The son was stunned. The daughter was sobbing in a critical condition who was immediately sent to the Community Health Center for treatment. 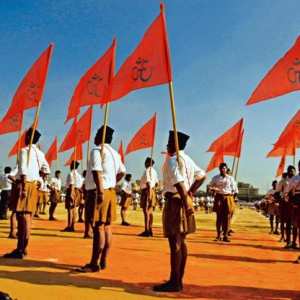 Election commission's Press conference at 4:30 pm, dates of assembly elections to be announced for 5 States